Memoir and Remembering Using prompts and visual stimuli, seniors are encouraged to step back in time to preserve on paper…
END_OF_DOCUMENT_TOKEN_TO_BE_REPLACED

What drives short fiction? Many would say metaphor or a metonymic device. What is this ghostly thing and how can…
END_OF_DOCUMENT_TOKEN_TO_BE_REPLACED

Getting Characters In and Out of Crises Without drama, life can be pretty dreary and that’s doubly true in story…
END_OF_DOCUMENT_TOKEN_TO_BE_REPLACED

…And Still Have One. Join Margaret to discuss the pros and cons of truth-telling in memoir and creative nonfiction, how…
END_OF_DOCUMENT_TOKEN_TO_BE_REPLACED

Beefing Up Your Prose, Toning Your Talent This is a fast action, multi-genre class designed to exercise a number of…
END_OF_DOCUMENT_TOKEN_TO_BE_REPLACED 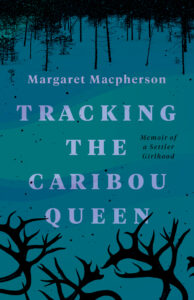 Margaret Macpherson is a Proud Member Of

The Writers Union of Canada

With Thanks to These Past Sponsors

Alberta Foundation for the Arts – Artists and Education 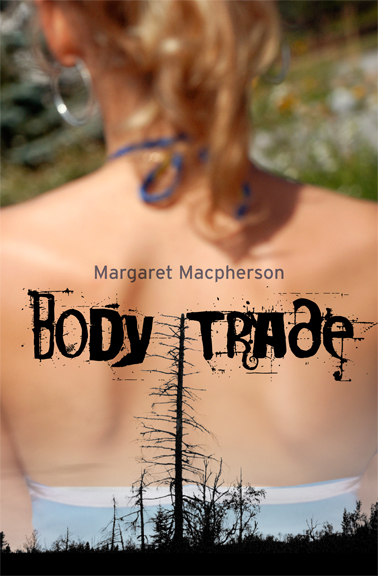 “Two young women decide to blow their small, northern Canadian town and head south: the United States, Mexico and finally, Belize. The year is 1972. A carefree adventure becomes deadly serious for Tanya (experienced, pragmatic, overly confident) and Rosie (younger, naive, overly sensitive) in Margaret Macpherson’s new novel, Body Trade (Signature Editions). Impossible decisions must be made. “I’ve always had the title in my head,” Macpherson says. “I wanted to talk about the flesh trade. The idea of physical, human flesh. “Tanya’s a body girl,” she adds. “Tanya needs to be in charge, in control. She was a fun character to write. I loved her energy, her fuck-you attitude. “But I like Rosie, too. She’s so pure. Sex is a very tender thing to her.” As the two head further south, the novel becomes increasingly dark. “I like to call it Thelma and Louise meets Apocalypse Now,” Macpherson says. “They are in the Heart of Darkness. “It was a tough book to write, but I had to write it.””

“Here’s the opening paragraph of Margaret Macpherson’s new novel, Body Trade: “The body is gone. People are milling around the church basement, visiting, relieved and happy that Lloyd can go directly into the ground. No hanging with the other stiffs in the ice house, waiting for the permafrost thaw. Nope, none of that for Lloyd. He’s somehow managed a summer accident. Cleaner. Faster. Probably the only clean thing Lloyd ever did.” Now that is a great opening for a novel. It’s swift, it’s clean and it establishes a strong narrative voice, that being Tanya, the 20-something tough girl who many at the funeral suspect had something to do with Lloyd’s death. Yes, she was having a fairly clumsy affair with Lloyd and, yes, she was working the bar the night he headed off drunk in his truck, but, no, she didn’t kill him. That doesn’t stop Tanya from deciding that maybe a little time away from Yellowknife and the Northwest Territories might just do her and Lloyd’s grieving widow a world of good. Meanwhile, we… Read more “” 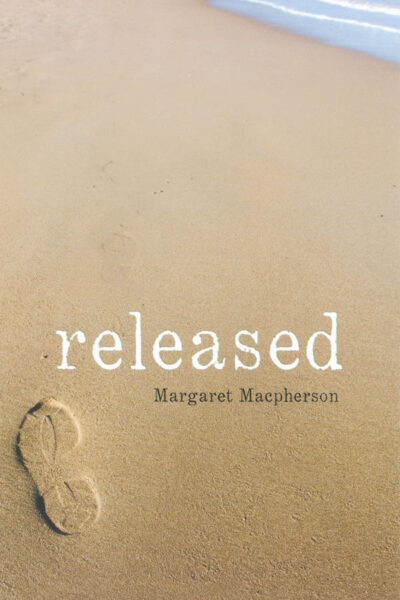 “Good versus evil, coming of age, first love—all articulately presented in a gripping narrative–what more could you want in a novel? Edmonton’s Margaret Macpherson has published non-fiction (Nellie McClung: Voice for the Voiceless) and short stories (Perilous Departures), and her story-telling skills are now impressively showcased in Released, her first novel published by Winnipeg’s own Signature Editions. It’s the story of Ruth Callis, the youngest of five children who, remarkably enough, grow up in a happy home. Macpherson splits her narrative into two alternating accounts, one giving the trials and tribulations of Ruth’s growing-up years, and the other dealing with her love affair, at age 20, with Ian Bowen, a somewhat mysterious fellow 16 years her senior. At the most critical point of the novel, the two accounts converge. The Callis family lives in a Northwest Territories town, where the father works for a gold-mining company. Though the mother doesn’t exactly like it up North, she hasn’t let it embitter her, and the kids seem to get along well with both parents. Much is made… Read more “”

“Two women in Yellowknife decide, on the spur of the moment, to drop everything, leave their jobs and head to Mexico. Tanya, the one with the Rambler, is a world-weary white woman working in the residential school; her travelling companion is Rosie, a 17-year-old native girl. Both carry the burden of a painful past. Off they go. It is 1973, the year after the northern crash of a mercy flight, with bush pilot Marten Hartwell having emerged as the sole survivor. This novel by Edmonton author Margaret Macpherson focuses on the journey of the two women, with the crash as a parallel story. By weaving together the two narratives, one factual, the other fictional, Macpherson delivers an intriguing tale with contemporary themes that ring true more than 40 years later. Hartwell was taking a nurse, a pregnant Inuk woman and a 14-yearold Inuk boy from Cambridge Bay to Yellowknife for medical help. When the plane crashed, the nurse and woman died on impact, and the boy lived for nearly three weeks by eating lichen. Hartwell… Read more “”

“Body Trade begins with two exquisitely drawn characters. Tanya Price is the quintessential bad girl who runs away, on many levels, from Hope (BC). At 22 years old, her outlook is informed by “temporary relationships” as daughter, girlfriend and friend—she understands completely how the female body is commodified. Rosie Gladue is her opposite, a naive 17-year-old virgin grounded spiritually by the teachings of northern Canada’s Dogrib people. Tanya and Rosie meet in 1972 at a Yellowknife residential school, where Tanya is the daytime secretary and Rosie is a cleaner. Rosie’s grandmother and mother are now dead and her brother is in jail. The young women are drawn together by their desire to escape Yellowknife. For Rosie, their connection is also spiritual, something she accepts without question. Tanya, however, never fully honours or understands that bond. The opening chapters set up an angel/whore dichotomy, and despite Macpherson’s beautifully poetic prose, some readers may find this approach blatant, especially later in the novel where the narrative offers repeated examples of virgin sacrifice. But one of Body Trade’s… Read more “”

“If contemporary fiction is fighting for its life, its followers ought to be on the lookout for writers who are brave enough to swim against the current tide. And if a writer has genuine star quality, a sharper, deeper radiance than most, then he or she ought to be identified and celebrated without delay. Time may be of the essence. Margaret Macpherson, a relatively unknown Maritime-born Albertan, is such a writer, and Body Trade, her seventh book and second novel, is the proof. She writes with the psychological insight of Carol Shields, the gravitas of Margaret Atwood, the poetic reflexes of Earl Birney and the earthy eroticism of Leonard Cohen, but her voice remains uniquely her own. Body Trade, released by the Winnipeg literary house Signature Editions, is a haunting road novel best described as a poetic thriller grounded in the real world. Macpherson also has one distinct advantage: her natural territory is comparatively untouched as literary landscape. She is a non-aboriginal native of the Northwest Territories, known vaguely to Canadians as “the North” and… Read more “”